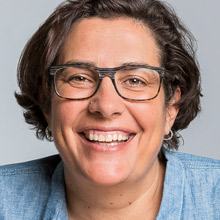 With extensive experience leading high-growth companies that transform industries, Cyd Crouse co-founded Meditation Studio based on her belief that bringing meditation to the masses will change the world. Through the acquisition of Meditation Studio by Interaxon Inc., the makers of Muse®, Cyd joined the team as CMO and is now focused on growing the brand and integrating Meditation Studio into the Muse® offering.

Prior to co-founding Meditation Studio and joining Muse®, Cyd worked as the COO and CDO of Gaiam Brands, where she led the digital media and e-commerce businesses and helped market the business leading to its successful sale to Sequential Brands Group. She has also held leadership roles at Whole Foods Market, where she helped grow its presence in both New York City and the United Kingdom, and Corporate Express, where she led key technology and strategy teams during the company’s growth from $40 million to over $4 billion in annual revenue.

TAKE TIME FOR YOU, BE THERE FOR THEM