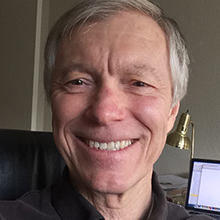 Dr. Ostrem has over 25 years experience inventing new technology, developing product prototypes, and creating real products. Currently he is co-founder of AvatarMind, which develops companion robots for children and elder care.  Previously he founded China MobileSoft, which developed mobile software for the Chinese and International markets, serving as Chairman, CEO, and CTO. After its acquisition by PalmSource, a Silicon Valley company, he served as Lead Scientist at Palmsource. He founded Communication Intelligence Corporation (CIC) and served as CTO. Subsequently he was Vice-President of R&D and Engineering at Dejima, developing user-friendly natural language interfaces. He was an investor, Board member, and contributor to Nexage, a provider of mobile advertising that was acquired by Millennial Media.  He is currently a member of the Board of Directors of Genyous Biomed and Moback. John has served as founder, Board member and Chairman of various Mobile Linux Initiatives.  Dr. Ostrem began as a scientist and researcher at SRI International (the former Stanford Research Institute), and developed the technology behind CIC, which was spun off from SRI. He graduated Magna Cum Laude from the University of California, has scientific publications and patents, and has received numerous grants from the National Science Foundation and NIST.