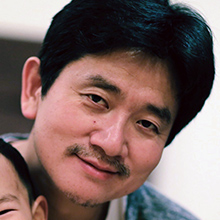 Dr. Zheng Shi (John Shi) previously served as president and CEO of Appeon Corporation, which he founded and built from the ground up into a successful software enterprise with over 300 employees. Prior to that, he was a strategy consultant for Mckinsey & Company, serving clients across the US, Europe and Asia. John holds a B.S. from Tsinghua University and a Ph.D. in Chemistry from Stanford University.

During his time at Stanford, John was awarded several fellowships. He also published numerous papers in prestigious scientific journals.

John founded Arreon Carbon in 2006, which specializes in developing and financing greenhouse gas emission reduction projects in China. As one of the earliest entrants into the Chinese carbon trading markets, Arreon Carbon was ranked as the world’s largest carbon off-taker by Bloomberg New Energy Finance.

John also served as a venture partner for Kleiner Perkins Caufield and Beyers to help KPCB commercialize green technologies from the US in China.

In 2014, John founded Beyond Screens Limited and developed from the ground up the Beyond Tablet, the world’s first ‘Family Tablet.’ John hold dozens of utility patents for this line of product.