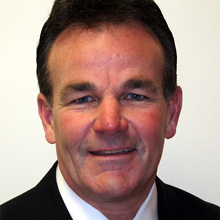 Ed Desmond joined the Toy Association in 2008 and established the Association’s first office in Washington, DC, where he was charged with building an advocacy program for the industry. The Toy Association represents all businesses involved in creating and bringing toys and youth entertainment products to kids of all ages.

One of Mr. Desmond’s primary responsibilities is to represent the toy industry in legislative and regulatory arenas, domestically and around the world. He organizes and oversees the Association’s ongoing efforts to address policy and business challenges facing the toy industry at the state, federal and international levels and Mr. Desmond also works with various global organizations and representing the industry in countries around the world.

Mr. Desmond began his career as a legislative counsel on Capitol Hill and subsequently served in increasingly senior positions in government affairs for multi-national corporations as well as trade associations.