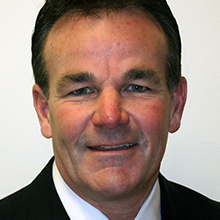 Prior to the Toy Association, Mr. Desmond served as Senior Vice President, Government Affairs with the Entertainment Software Association, representing the interests of the computer and video game industry. Previously, he served in senior advocacy roles with several large, multi-national corporations. He began his career on Capitol Hill as a legislative attorney for a U.S. Congressman.

Mr. Desmond is a graduate of the University of Hartford in Connecticut and the California Western School of Law in San Diego. He resides in Fairfax, Virginia.