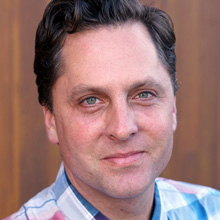 Game Night in a Can

Barry and Jason met on our very first day of college at UCLA, and have been collaborating ever since. They started with the comedy band The Bicycling Mariachis, then turned that into the comedy troupe Manifest Destinyfest. They’ve been contestants on 10 game shows, and have hosted over 100 live game nights, which eventually turned into a Kickstarter for Game Night in a Can, the party game that started it all. Barry was previously an Advertising Creative who helped re-brand Hot Wheels, and Jason develops TV shows for Adam Levine’s 222 Productions. Now they make board games, party games, and travel games that inspire laughter, creativity, and real human connection.

BREAK SPONSORED BY The Genius of Play™ Paper Pilot Challenge