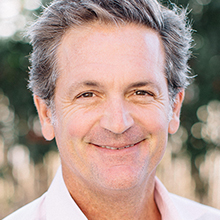 John Pleasants is a long-time Silicon Valley executive and a veteran of the consumer technology and media industries.

As CEO of Brava John is focused on revolutionizing how people cook at home with its inaugural Brava Oven and is leading the company with a mission to empower everyone to make better food at home, any day of the week.

Before Brava, John served as EVP of media solutions at Samsung where he oversaw software development and media platforms to extend the Samsung application ecosystem. Prior to Samsung, John was Co-President of Disney Interactive, where he led gaming and mobile operations. Upon his arrival at Disney, John spearheaded Playdom’s acquisition and managed the development and launch of Disney Infinity, achieving the divisions’ first-ever multi-quarter profitability. In 2008, John entered the gaming industry as COO and President of Publishing at Electronic Arts.

He is a Yale graduate and an MBA recipient from Harvard Business School.

ADDING THE HUMAN TOUCH TO SMART HOMES AND IOT