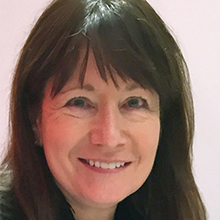 After inventing, self-producing and licensing her own toys and games, Mary turned to help other inventors through DiscoverGames.com. In 2003, she launched the Chicago Toy & Game Fair (ChiTAG, www.chitag.com) to create the largest North American celebration of play. In the years since she introduced the Toy & Game Inventor’s Conferences to help new and professional inventors, Toy & Game Inventor of the Year Awards (TAGIE Awards) to honor and celebrate inventors, Media and Blogger Breakfast, PlayCHIC, play-inspired fashion, Young Inventor Challenge and the new Young TECH Challenge.

Mary serves on TOTY Award Committees and is a National Toy Hall of Fame Selection Committee Member. She has spoken at NY Toy Fair, ASTRA, World Congress of Play and ChiTAG events. She’s been honored with Women in Toys Wonder Woman Entrepreneur of the Year 2009, 2011 TAGIE Founder’s Award, 2011 Global Toy News Person of the Year and the 2014 Woman Driving Excellence, Chicago Auto Show. She is active in local politics having served on City Council, Parks Board, Sculpture Committee, Zoning Board and Plan Commission. She is a past United Way Board Member. Mary received a BBA from the University of Notre Dame and a MBA from Loyola University.

New Life for the Toy Industry?