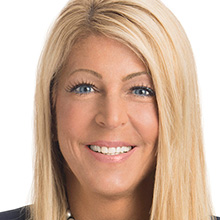 In addition to co-leading and executing WWE’s day-to-day operations and strategy, Michelle is responsible for all of the company’s revenue lines. She also serves on the company’s Board of Directors. Among her many contributions, Michelle played a central role in leading WWE’s transformation to one of the most successful multiplatform media businesses in the world. She also co-led the development and launch of the award-winning WWE Network, which is now the #2 branded subscription service in the U.S.; redefined the company’s approach to annual tentpole events; ushered in a new strategy to partner with blue-chip brands; and expanded WWE’s community outreach initiatives.

In 2018, Forbes named Michelle one of the 10 Most Powerful Women in Sports. She was also featured on the Adweek 50 list and named one of Sports Illustrated’s 10 Most Influential Women in Sports.