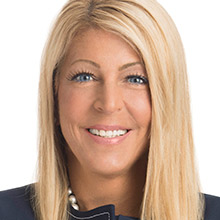 Among her contributions, Ms. Wilson co-led the launch of WWE Network in 2014; transformed the company’s approach to annual tentpole events; ushered in a new strategy to partner with blue-chip brands; and expanded WWE’s community outreach initiatives.

In July 2017, Ms. Wilson’s role was expanded to handle oversight of WWE’s international business, which includes the expansion of its media distribution and growth of WWE Network, both key drivers of WWE’s long-term success.

This year, Ms. Wilson was named to the Adweek 50; a list honoring the leading executives in media, marketing and tech.

Prior to joining WWE, Ms. Wilson served as the Chief Marketing Officer of the United States Tennis Association from 2001 – 2009. From 2000 – 2001, she oversaw all marketing efforts for the launch of the XFL, a partnership between WWE and NBC. Prior to 2000, Ms. Wilson held consumer products and brand management positions at the NBA and Nabisco.