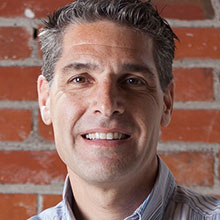 Paul Berberian is an experienced chief executive and entrepreneur with a strong background in starting and growing companies. In 2010 he became the CEO of Sphero, with a goal of making it the next big name in toys. Berberian has lead the company through massive global product launches, partnership and licensing agreements, as well as the launch and expansion of Sphero Edu, the company’s formidable computer science educational department.

Berberin formerly acted as CEO and co-founder of Raindance Communications (NASDAQ: RNDC), a web and phone conferencing services company acquired by West Corporation in 2006. Prior founding Raindance, he co-founded Market Force Information, a consolidation of leading customer experience, mystery shopping and market research firms. Berberian was also co-founder and CEO of LINK-VTC, a video teleconferencing company, which was sold in 1995 to Frontier Communications. Berberian is a distinguished graduate of the US Air Force Academy.