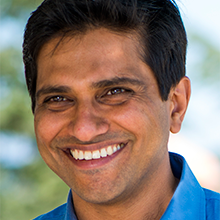 Vikas Gupta is the CEO and co-founder of Wonder Workshop and the brains behind Dash and Dot robots that teach kids 6 and up to code.  A pioneer in virtual currency, Vikas was part of the core Amazon Payment and Google Wallet teams, and even founded his own virtual currency startup, Jambool, that was acquired by Google in 2010. After the birth of his daughter, Vikas was inspired to found Wonder Workshop to address the troubling lack of emphasis on STEM education in the US school system. Dash and Dot are now in over 8,500 elementary schools worldwide, endorsed by Bill and Melinda Gates, and the recipients of many prestigious industry awards including Inc’s Design Awards and the Oppenheim Toy Portfolio Platinum Award.

New Life for the Toy Industry?